Yes. Teabags can provide vital information on the global carbon cycle. And consumers worldwide can improve climate modelling without much effort or equipment. That is why we want you, tea consumers, to become tea researchers and help us to plant tea.

We developed a simple and cheap method to measure decay rate of plant material by using tea. The method consists of burying tea bags with Green tea and Rooibos and digging them up ca. three months later. In this period, the tea will decay, and will therefore show what will happen with normal plant material in the soil. This method was developed and tested by a team of researchers from the University of Utrecht, Umeå University, The Netherlands Institute of Ecology and the Austrian Agency for Health and Food Safety Ltd.
The scientific value of this new method has already been acknowledged and experiments are currently running in countries all over the world. Many school children and other citizen scientists joined. The idea is to use this new method to collect data on decay rates from all over the world. With this data we will make a global soil map, and consequently improve global climate models that use these maps.

The very first tea bags were buried in 2010 and later that year, Joost, Taru and the former TBI member Bas Dingemans followed a PE&RC Soil Ecology course in Wageningen and developed the method in more detail. This stimulated us to do more background experiments and develop a theoretical framework. All this work resulted in the publication of the method in MEE in 2013. This resolved in a lot of attention and the publication received two prices. In 2015, the Swedish Vetenskapsrådet granted the teatime4science project, which enabled us to take the TBI project global. In 2016 and 2017 we gathered all the people from all over the world and discussed a wide variety of uses of the method in TBI workshops in Reading (UK) and Vienna (AT). The next workshop will be held in Helsinki (FI) in June 2018.

During 2014-2016, we collected data from about 2000 locations, with a rather equal spread across different vegetation types around the globe. In 2017, Lipton changed the fabric of the bags, from woven, nylon into nonwoven, Polyethylene terephthalate (PET) bags, while the tea inside has remained the same. We therefore launched TBI 2.0, where we collect data from the nonwoven bags and perform additional measurements to clarify the effect of this change on the decomposition rates measured in laboratory and outdoor incubations. Within Teatime4science, we still collect data from the nylon woven tea bags, as we think that the new mesh size might result in unknown interactions and comparison cannot be achieved with a simple conversion factor. You are therefore encouraged to submit your data both from woven and nonwoven bags, but please clearly indicate which bags you used.

As TBI team, we have developed several collaborations and started up some sisterprojects.

On this website you can find all the information on the method. All you need is a good scale (0.01 precision) and a spoon to dig. Of course you also need tea. You can buy this online, but if you cannot find it online, or if you have any other questions, you can contact us.
Researchers that make a significant contribution to our data base and want to participate in its analyses are invited to become co-author. To apply for co-authorship click here.
We gratefully thank all the people that have contributed so far. You can see their contribution on the map, read their stories or see pictures of their activities. 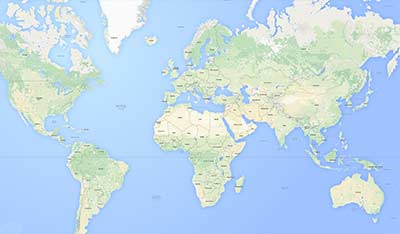